The Draft EIR will analyze the Proposed Project including its various route options. The BRT would primarily run along surface streets with some segments running along State Route 134 in mixed-flow freeway lanes. 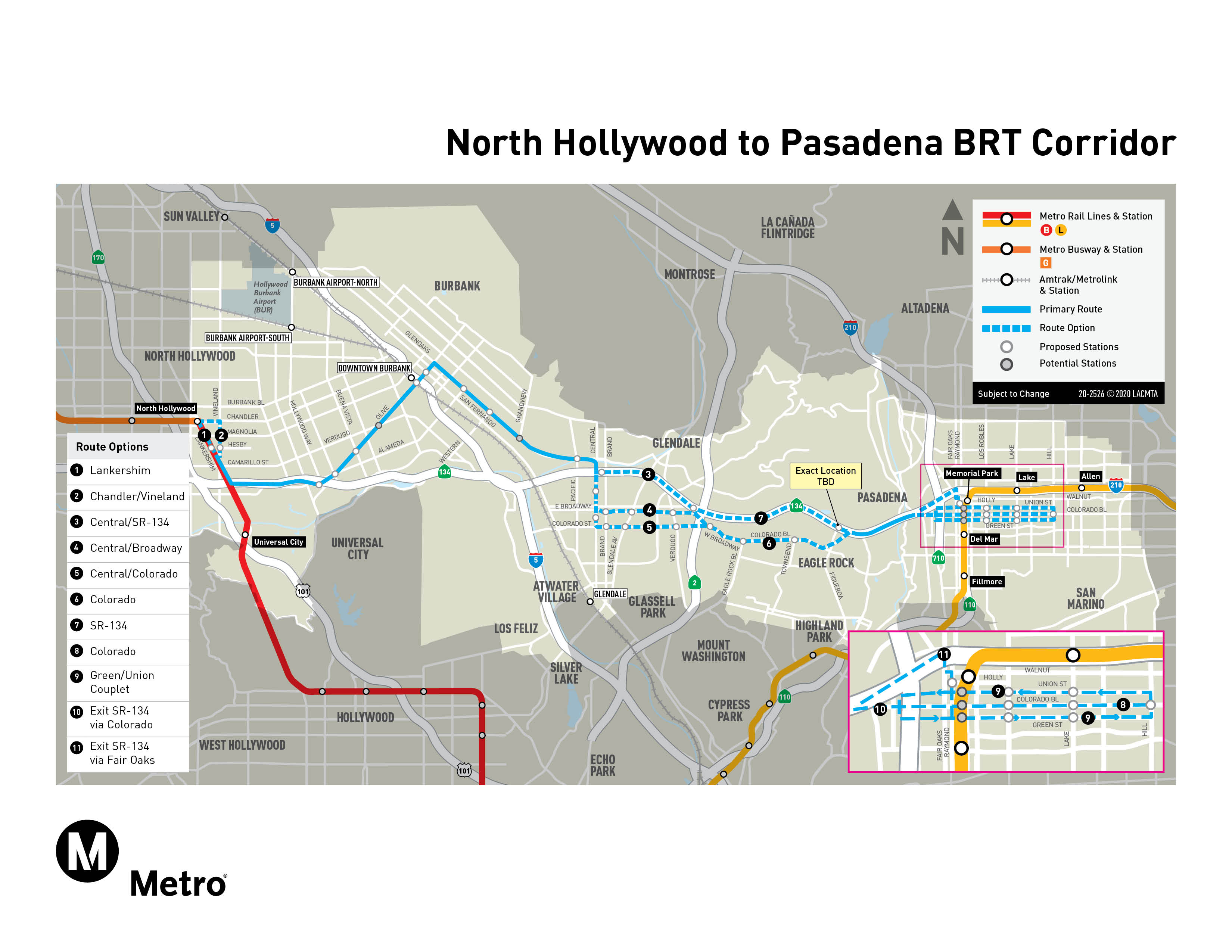 Within North Hollywood, the proposed project begins/ends at the North Hollywood Red/Orange Line Station. From the station, two different route options are being considered:

Both routes would continue onto the SR 134 at Riverside Drive.

Within Burbank, the route exits the SR 134 at Hollywood Way to serve the Burbank Media District, continuing along Olive Av to Glenoaks Bl

Within Glendale, the BRT route would operate on Glenoaks Bl to Central Av. Three different route options are being considered:

Broadway and Colorado St are being considered for east-west travel within Glendale. Each option provides connections to different key destinations within the city, including the Glendale Galleria, the Americana at Brand and the new Armenian Museum.

The BRT would serve the community of Eagle Rock via one of two potential routes:

Within Pasadena, various route options are being considered: