Metro has a plan for better transit in LA County -— which includes the Green Line Extension to Torrance Project. This project is an extension of light rail along a four-mile segment of the Harbor Subdivision Corridor from the existing Redondo Beach Marine Station to the proposed Regional Transit Center (RTC) in Torrance, served by the Metro Green and Crenshaw/LAX Lines.

This extension will provide an alternative to crowded I-405 freeway and better connect southwestern LA County into the regional rail network through connections to the Metro A (Blue) and E (Expo) Lines and future LAX/Crenshaw Transit project. The project is anticipated to open in 2030-2033.

The project study area encompasses three communities, including the Cities of Lawndale, Redondo Beach, and Torrance. 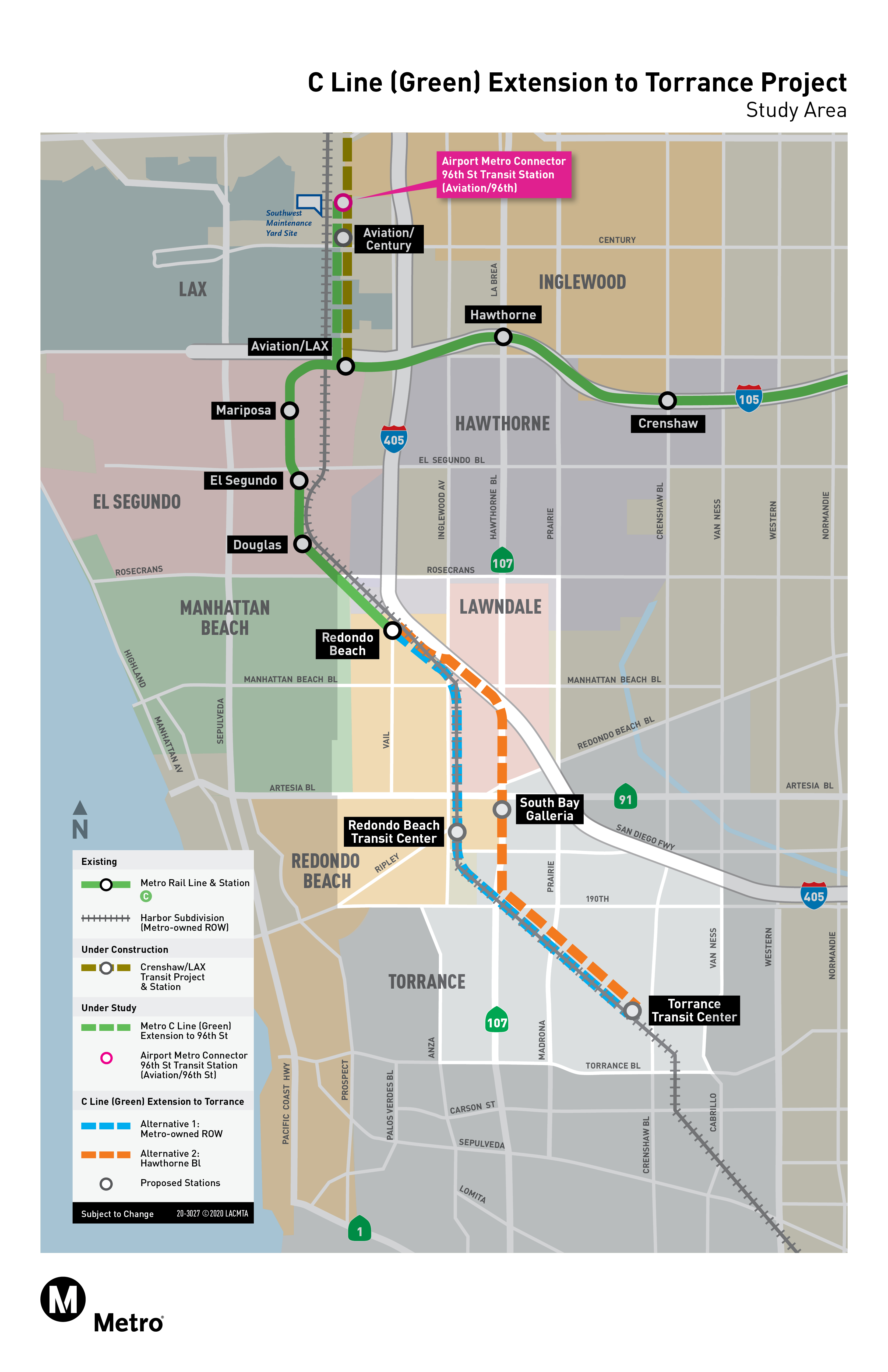 The Green Line Extension to Torrance is funded by Measure M and Measure R, both a half-cent sales tax that funds a number of transportation projects/programs. Under both Measures, the project received a combined $891 million.