In addition, Metro’s Bike Share program will be providing free fares on Election Day for the first 30 minutes and $1.75 per 30 minutes thereafter. Metro encourages customers to share the hashtag #pedaltothepolls along with tagging photos @bikemetro on social media for a chance to be featured on Metro feeds.

In 2019, Metro’s Board of Directors voted to permanently offer free rides on federal and statewide election days to help encourage voter turnout and to make it easier for people to travel to polling places. Metro is also hosting Vote Centers at Union Station and El Monte Station that will be open through Election Day. Vote Centers are open every day from 10 a.m. to 7 p.m. On Election Day, Vote Centers will be open from 7 a.m. to 8 p.m. 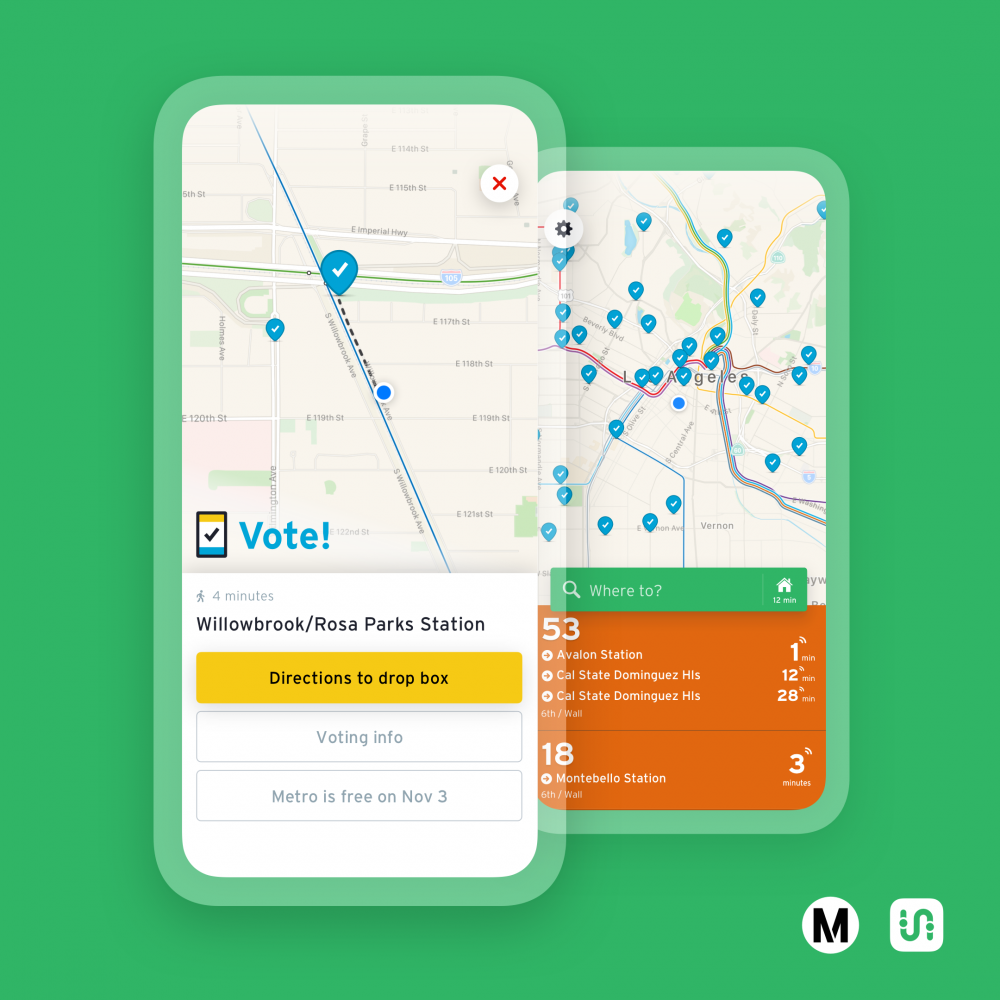 For more information on the Vote Center closest to you and when it will be open, visit https://locator.lavote.net/.

Metro rail and bus stations where the public can safely and securely drop off their ballots at Vote-by-Mail drop boxes include:

Union Station and El Monte Station are being used as official vote centers through Nov. 3 for voters who want to vote early. The voting center at Union Station is located in the Ticket Concourse in the west side (Alameda Street) of the station.

The Los Angeles County Metropolitan Transportation Authority (Metro) is currently providing lifeline service for essential trips and frontline workers. Metro continues building the most ambitious transportation infrastructure program in the United States and is working to greatly improve mobility through its Vision 2028 Plan.

Metro has proudly pledged to the American Public Transportation Association (APTA) Health and Safety Commitment Program to help ensure the safe return of transit riders as the U.S. recovers from the COVID-19 pandemic.