A Tribute to Industry 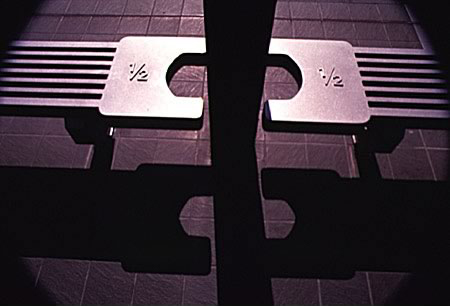 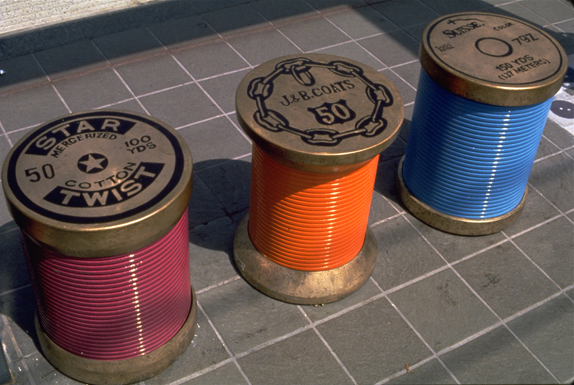 A Tribute to Industry is artist Washington's salute to the many manufacturing and commercial enterprises that have been the mainstay of the economy in the Vernon Station area for many years. Replacing two of the standard platform benches are seven giant spools of thread and a giant sewing machine bobbin, alluding to the area’s garment industry. Two giant wrenches replace two other benches and refer to the neighborhood's century-long contribution to industry in Los Angeles. In addition to the seating, Washington's work includes paving tiles with designs inspired by buttons, tools, nuts, and washers. This project received a design excellence award from the Department of Transportation and the National Endowment for the Arts.

"The use of these art objects as benches, enhanced by the richness of the colors and the variety of materials, will add a noble aesthetic to the environment." 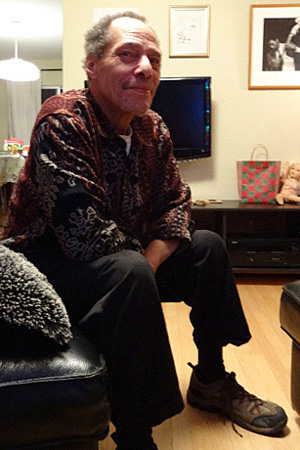 HORACE WASHINGTON studied at Columbus College of Art and Design in Ohio before moving to California to study sculpture at the San Francisco Art Institute and then completed his graduate studies at Cal State University, Sacramento. He is a San Francisco sculptor and muralist whose works include numerous projects in a variety of materials for public facilities in northern California including the International Longshoremen’s & Warehousmen’s Union mural/ scultpure, the Northern Police Station sculpture, the Martin Luther King Swimming Pool Tile Murals, and the Plaza East ceramic tile and painted mural. He exhibits his work in San Francisco and has been a guest lecturer at UC Berkeley, Cal State Sacramento, and for the San Francisco Unified School District. He has also taught developmentally disabled adults at the Creativity Explored Art Center. He lives and works in San Francisco.