Suka: Place of the Bees 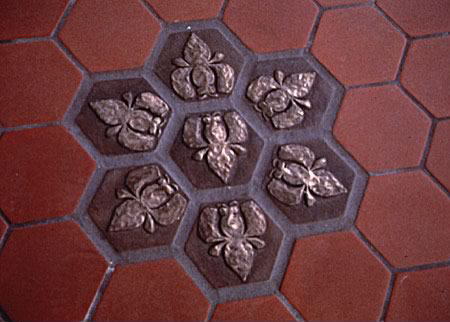 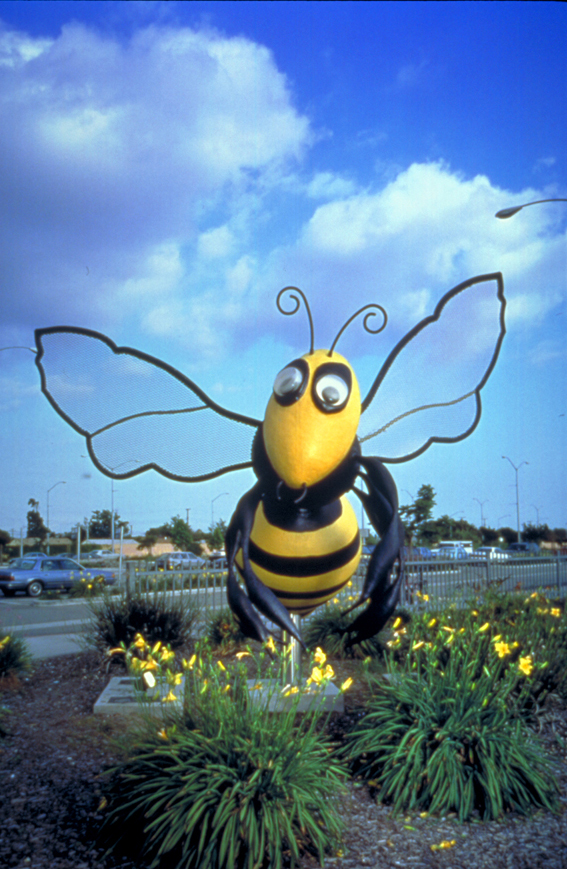 The indigenous place name for the village settlement in the area near what is also known as Norwalk is Sejat, also known as Suka (as well as Sejatngna and Sehat), which meant "Place of the Bees." Artist Meg Cranston used this historical reference with a contemporary twist. A large bee sculpture greets passengers at the entry to the park-and-ride lot while smaller bee sculptures are located beneath the station canopies in hexagonal frames. The bee motif is silkscreened onto the elevator glass and appears as well on wall tiles and in paving patterns. Bronze tiles at the platform level reference ancient coins which featured the industrious honeybee.

"For this project I wanted to convey a sense of history but also to reflect modern times. I chose bees as an emblem for Norwalk because they are linked with the area's earliest populations. Like many of the commuters who use the station on their way to work, worker bees are industrious, peaceful, productive, and contribute to our survival (through cross-pollination). Bees also have exemplary social instincts—bee colonies are much like families. As an artist I am interested in craftsmanship and I wanted to maintain the sense of a homemade object. I tried to give the bees a joyful attitude—to make them bright and fun. Something that would provide a smile to people both going to work and coming home.”

MEG CRANSTON was born and raised in Baldwin, New York. She studied anthropology at Kenyon College in Ohio, and art at California Institute of the Arts. Cranston currently lives and works in Venice, California. Her work has been exhibited in museums and galleries throughout the U.S. and Europe. Cranston represented the U.S. in the Aperto at the 1993 Venice Biennale in Italy.