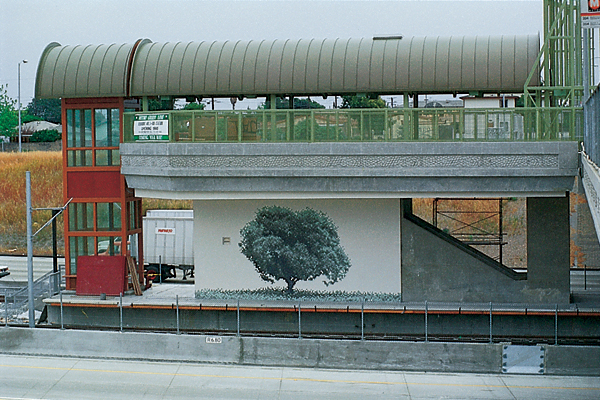 In real green, artist Kim Yasuda and architectural collaborator Torgen Johnson sought not only to pay homage to, but to revive, the agricultural history of Gardena, a city once well-recognized for its gardens. The inspiration for this project was a magnificent tree adjacent to the station; this tree had been scheduled to be removed for a park-and-ride lot. Part of the artists' project involved convincing Caltrans to save the tree, which they were successful in doing. Producing a poetic echo of the tree, the artists have integrated its photographic image onto the station walls.

Two curving walls, which will over time support landscape foliage, face each other and create "vertical gardens" that distinctly mark the entry into the station while also forming a gesture of embrace. Bronze letters appear to cascade from buckets suspended over the station stairways, creating wishing wells.

Yasuda and Johnson commissioned local writers Michelle T. Clinton and Rubén Martínez to create poetic text specifically for the site. Their words are embedded in a river-like band of blue glass paving material that weaves in between the concrete freeway pillars. The buckets above and the river below conceptually connect the two levels of the station.

"We attempted to reclaim the green space erased by the concrete freeway system. We also wanted to acknowledge the resilience of the residential community that has been impacted by these freeways. By drawing upon the neighborhood efforts of grass-roots community gardens, this public site takes on local identity and meaning."

TORGEN JOHNSON was born and raised in California.  Johnson has worked with artist Kim Yasuda on public art projects including a social service center in Santa Barbara County. Johnson received a Master of Architecture in Urban Design and a Master of Landscape Architecture from Harvard University Graduate School of Design. He is principal architect at Johnson Design. 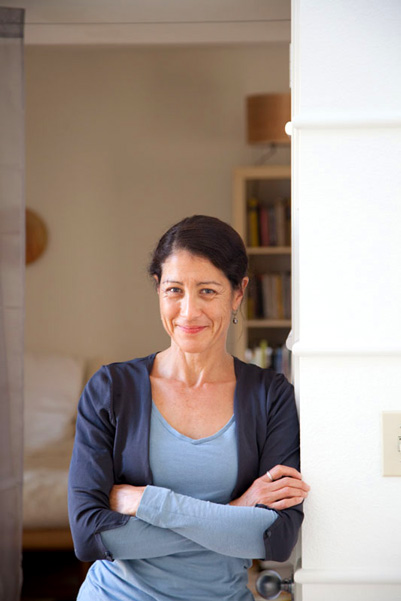 KIM YASUDA was born and raised in California. Yasuda has worked with artist Torgen Johnson on public art projects that include a social service center in Santa Barbara County and a series of bus shelters for Metro Gateway Transit Center. Yasuda is a professor of art at UC Santa Barbara.